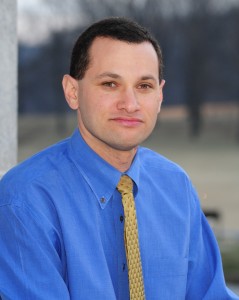 At the Monument in Valley Forge

Recently a resident asked me what a typical day for a Supervisor is like and I suspect that she’s not the only resident who might have this question. So I thought I’d share an expanded version of my answer.

My typical day starts early in the morning and since I’m self employed and work from home, I turn on my laptop. I begin my full time work and I check my email and social media to see if I need to respond to anyone. Then I post something on Facebook though sometimes I’ll write it at an earlier time and set it to post automatically. Throughout the day I’ll hear from residents – usually 10-20 per day – though it can be substantially more. Other times I’ll attend meetings with residents and/or check something out which is occurring in the township. When I’m in public residents frequently approach me especially when I’m in the supermarket, the Community Center or at restaurants and my neighbors (and I have a lot of them) aren’t shy about interacting with me, either. I also regularly attend events throughout Upper Merion. This is very important regardless of whether they’re public township events or private events as it makes people, organizations and businesses feel good about their community and what they’re doing. It also increases public awareness and generates positive publicity. Attending functions often requires me to do some public speaking which is something I’ve come to enjoy and I find empowering because it enables me to overcome something which for a long time was one of my fears.

Thursdays are important days for the Supervisors because that’s usually when we hold our public meetings. Typically we hold 2-3 public meetings per month. One of these meetings is a workshop meeting, one is always a business meeting. Workshops tend to be more relaxed; we’re sitting around a table, we’re not wearing formal clothing, the meeting isn’t televised and we usually don’t vote on matters unless it’s pressing or a minor issue. Think of workshop meetings as a series of discussions. The second type of public Board of Supervisors’ meetings are business meetings and they are more formal, we dress up, they’re televised and that’s when most of our votes take place. Sometimes before workshop meetings and business meetings there is a zoning workshop meeting and these meetings are also open to the public. Most of the time before a meeting there is an executive session in which we talk about legal and/or personnel matters. Executive sessions are the only meetings at which a quorum of the BOS can be present and the meeting is closed to the public. Last Thursday night the Board of Supervisors meeting started around 6:15 and we finished at 9:30 p.m. because we had an executive session after the meeting. The 3 1/4 hours combined meeting length last Thursday night is pretty average.

Besides Board of Supervisors meetings there are other meetings Supervisors attend including citizen board meetings. There are around 2 dozen citizen boards in Upper Merion, many of which meet monthly and each one of them has a Supervisor who attends the meeting and serves as liaison. These meetings last anywhere from 1 hour to several hours. Supervisors normally have to prep for these meetings and depending on that citizen board and/or the issues which the citizen board will be discussing the amount of prep time can vary. For example, one of the citizen boards on which I serve as liaison is the Board of Community Assistance (BCA). The BCA doesn’t meet that often between June-February but come March it’s game on and to do my job as liaison to the BCA that’s an additional 10+ hours a week during that time period.

There are also 3 days a year that I spend all day interacting with residents. 2 of those 3 days are election day when I visit the voting precincts from 7 a.m. – 8 p.m. The 3rd day occurs every February when I ask a very broad question on my Facebook page and I literally receive hundreds of responses. I also spend time each year knocking on doors to introduce/re-introduce myself to Upper Merion residents and answer questions and/or receive feedback. There are also days which some of my friends and colleagues have heard me refer to as “5 Outfit Days.” These are days in which there’s so much going on between township activities and meetings, my regular work and other stuff I essentially need to change my clothes to fit the occasion at least 5 times. This happens about once a month. A really good recent example of this occurred this past June 7. I started the day by briefly addressing some local business leaders, then I went back home, then onto the opening of the Upper Merion Area Community Cupboard, followed by the CHOP Press Conference at which I spoke, then back home, then to the township building for Chair Meeting, then back home for a few hours and then to the Upper Merion Community Center for a citizen board meeting and then back home.

All told the time commitment to serve on the Board of Supervisors is substantial and in my case that’s heightened because of my social media presence, my articles and my videos. Not every month is equally busy. The work level is very high between January-May and October-December with March and April being the most intense months, especially for me. That’s because March and April are well after the new year and everything is cranking, plus there’s an important public employment law conference I attend every year during which I’m in class all day, as well as joint meetings with our citizen boards and my aforementioned responsibilities with the BCA. October-December is extremely busy as that’s the heart of budget season and parties with matters before the BOS want to conclude their business before the holidays. Some years the summer is much slower though this year that hasn’t been the case. When you add it all up there are certain times of year where any Supervisor who puts forth the effort is going to put in at least 25-30 hours a week. There have been numerous weeks in which I’ve worked more than 40 hours on township matters. This week is actually an example of a quieter summer week however between meetings and communicating with residents I’m on pace to work 20 hours.

Hopefully this provides an overview of what it’s like to be a Supervisor though it really only skims the surface. It’s definitely not all fun and games – the time commitment is substantial and you’re subject to both legitimate criticism and on occasion unfair criticism. That being said the good definitely outweighs the bad and I have a great appreciation for anyone who is willing to put in the hours to do the job properly.

This entry was posted in Uncategorized. Bookmark the permalink.